Collaboratively redefining how we create theatre.

Combustion Collective is an interdisciplinary theater company with a focus on HOW we create new work.

Collective members are interested in the “spaces in between” traditional genres, and make our work through both conventional means and devised practices. We produce projects that truly showcase all of our collaborating artists’ talents, and that push the boundaries of how dance, music and text can come together to make art.

As a Collective, we not only develop new works with the company, but work together to create unique programming that encourages artistic exploration, accelerates new work development, and addresses the challenges our collective members have experienced while creating new work. 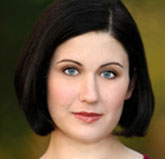 Avital Asuleen is a Brooklyn-based director, choreographer, performer, and educator. She holds an MA in Comparative History and BA’s in Theatre and History from Brandeis University. She is the founder and producer of The Choreography Lab at The New York Theatre Barn. Additional arts administration experience includes serving as the Development Manager for EMIT Theatre, the Development Associate for Prospect Theatre Company (NYC), the Volunteer Coordinator of The Dance Complex (Cambridge, MA).  While her background and the bulk of her professional career has been in traditional musical theatre, she has always had a passion for devising her own work and bringing new stories to life. She is the co-creator of the immersive dance piece Ephemera, The cabaret-style show Tonight For The Tapir, and The Floorshow – a new play with dance and music. 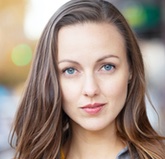 Rachel Lauren James is an actor and producer. She has been a lead producer and director of operations for an Austin-based production company, a producer and company manager for a major musical in Chicago, and both a performer and producer in Combustion Collective’s world premiere of The Floorshow. A proud member of Actors’ Equity Association, she has performed in numerous shows in both Austin and New York City. Her passion for development and performance in new work began at The University of Texas at Austin, through the Texas Musical Theatre Workshop. There she collaborated with notable artists such as Matthew Wilder, David Zippel, Johanna McKeon, Cherie Steinkellner, Larry Gatlin, Lisa Brescia, and Billy Porter. She runs a stationery and gift company with her husband, artist and children’s book designer Ken Crossland. 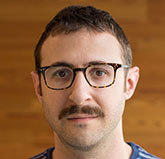 Dann Berg is a playwright based in New York City. His play “Diary: A One Act Play” was part of Manhattan Repertory Theatre’s Spring One Act Competition in 2015. A former freelance journalist, his writing has appeared on MSNBC, Fox News, The Verge, Mashable, Laptop Magazine, and Tom’s Guide. Dann attended Hofstra University, studying Creative Writing with a concentration in Playwriting. He lives in Brooklyn and works on the engineering team at Datadog, an infrastructure monitoring and analytics company. 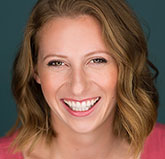 Some of Alyssa’s favorite performing highlights include dancing on Good Morning America, Live! with Kelly and Michael, and a live televised event in Shanghai, sailing through the Caribbean dancing with Carnival Cruise Lines, performing in paradise on the island of Guam, and singing at Carnegie Hall, as well as working with such notable choreographers as Derek Mitchell, Sidra Bell, Mike Esperanza, Ashle Dawson, and JT Horenstein. She loves every aspect of performing, especially making meaningful connections with audience members and spurring further dialogue long after the curtain has closed. She is super excited to collaborate with the other members of Combustion Collective to create new and exciting pieces of art. 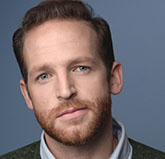 Originally from California, Brian has now been in New York for over 10 years as an actor, singer and dancer as well experimenting with associate director/choreographer work. He has worked at theatres like Gateway Playhouse, Alabama Shakespeare Festival, Moonlight Amphitheatre and the John W Engeman Theatre. He loves the power of stories- how an audience can have a shared experience that effects each one of then in a different and a personal way. He hopes to continue to perform and help shape stories that kindly hold a mirror up to society to encourage us do better and offer the world a little more love and grace, including to one’s self.

Sign up to stay updated or send us an email.